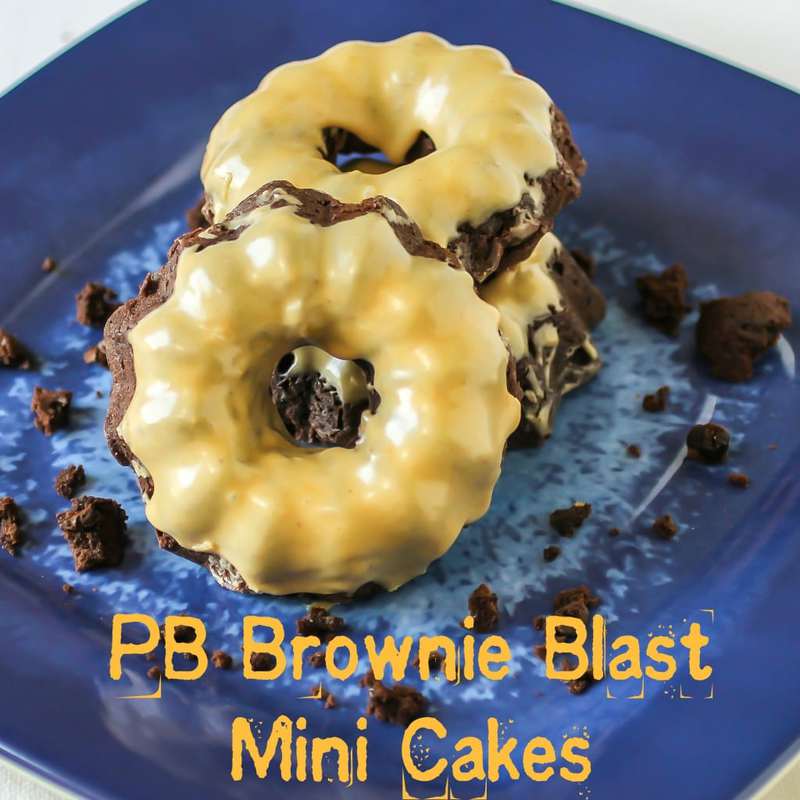 To me, one of the best flavor combinations ever invented is peanut butter with chocolate. Something about the two flavors goes together so well; the salty nuttiness and the bitter sweetness blend together into a concoction similar to heaven. So when I saw a recipe for chocolate doughnuts with a peanut butter glaze, I HAD to make it myself! There were a few things substituted; I used white whole wheat flour instead of regular all purpose, and instead of whole milk I used 1% low fat to lower the unhealthy factor just a bit. They turned out so delicious nonetheless, the glaze hardened ever so slightly and flaked a bit when bitten into, the cake itself was extremely rich and delicious when warm. Even though they were small little cakes, they were so filling it was almost hard to finish them!

Instead of using a doughnut pan, I used one that had 6 miniature bundt molds. Instead of plain ol' doughnuts, they had a bit of a fancier look. I had to make these twice (unfortunate, right?) because the first time, I decided to make the batter ahead of time and just refrigerate it.

However, I forgot that a big part of the dough was melted chocolate. When I took it out of the fridge, it had hardened into a big lump! I figured I could try to melt it again, so I put it into a pot and turned up the heat. Luckily, it gradually got thinner and eventually back to a workable state, but they were definitely better the second time.

The first time, they were very crumbly and hard to work with after they were done, which made the glazing process somewhat difficult. Luckily by the second time, I knew what I was doing and everything went smoothly! These PB Brownie Blast Mini Cakes are so easy to make, and so worth it! 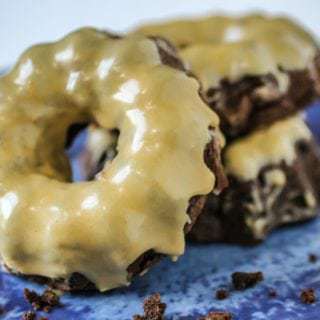 Prevent your screen from going dark

Adapted recipe and photos by DizzyBusyandHungry.com
Original recipe by SimplyScratch.com

As a full-time working wife and mom, my life is such a whirlwind, it makes me dizzy sometimes! So the food I make needs to be quick, family-friendly, and delicious. Welcome to my site, I hope you enjoy it!