Jump to Recipe Pin Recipe Save RecipeSaved! Share by Email 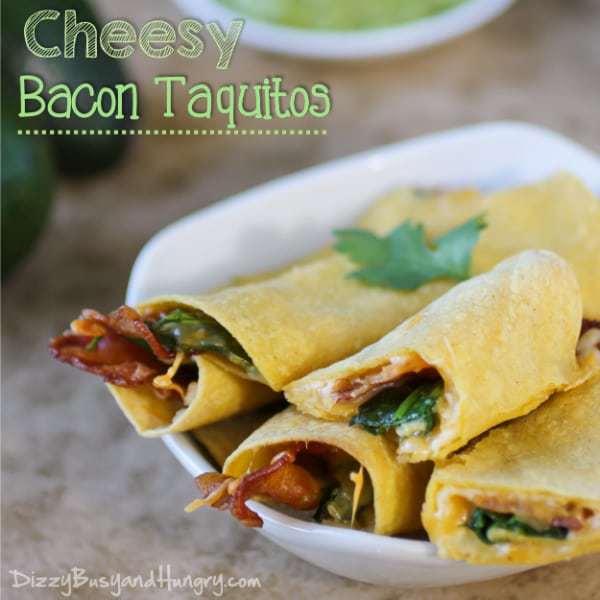 Bacon and cheese wrapped in a yummy corn tortilla and baked until crispy, anyone?!? Yes, please! I always welcome any opportunity to use bacon, although I make sure to either use turkey bacon or center cut bacon to minimize the calories from fat.

For many years, I avoided serving bacon or anything with bacon in it, mostly because I thought it was a pain to cook it. I tried preparing it in the microwave, but could never get it to cook evenly and so I always ended up with burnt sections and undercooked sections right on the same piece of bacon (so frustrating!).

And I didn't like cooking it on the stove top either, because of the splattering, and the need to babysit the skillet and turn the bacon every so often. But now that I have learned how to bake my bacon, I want to put bacon in everything! (DH is SUPER happy about that, as you can imagine!)

Baking bacon...maybe that should be called BAKE-ON?? BAKE-UN?? Well, no matter what you call it, it is easy and makes my family happy that I am using bacon more than I used to!

Between the bacon and the cheese and the corn tortilla, this meal has lots of flavor. So, I decided to 'sneak' in a veggie too. It is really not all that sneaky, though, because you can see the spinach right in the taquito.

However, you really can't taste it with everything else going on in there, so there were no complaints whatsoever. And I served a side veggie as well, so the kids got a double shot of their vegetables! Score one for mom! 🙂

This recipe makes 8 taquitos, which meant that each of us had 2. But Thing 1 and Thing 2 both found that they wanted a third, so the next time I make this I will probably make 12. I was happy with just 2, but DH probably would have liked a third as well. You will want to adjust the amounts based on your family members' appetites! 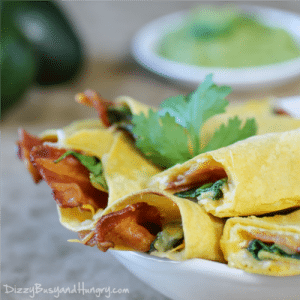 Nutrition information is approximate. Your results may be different due to different brands/products and measuring differences. 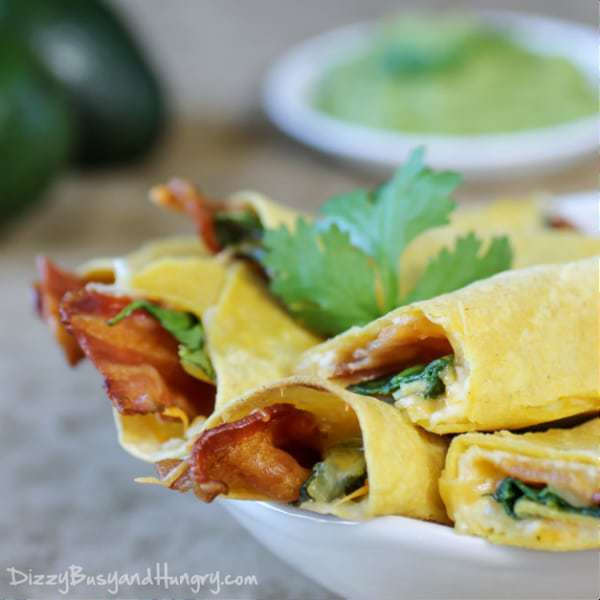 As a full-time working wife and mom, my life is such a whirlwind, it makes me dizzy sometimes! So the food I make needs to be quick, family-friendly, and delicious. Welcome to my site, I hope you enjoy it!

Healthier options to start your year out right!